The Cathedral of St. John the Baptist

The Cathedral of St. John the Baptist is one of the most impressive examples of architecture in Savannah - and you can tour this Historic Church on your next trip here! 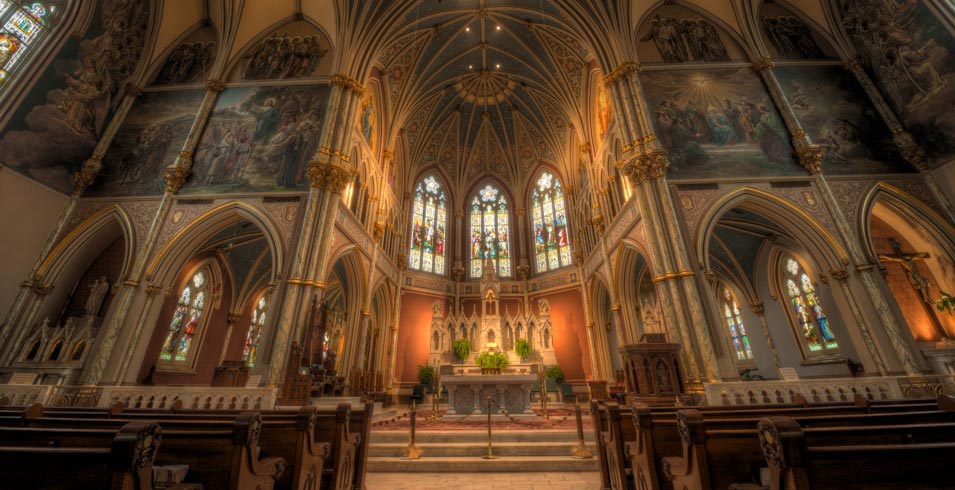 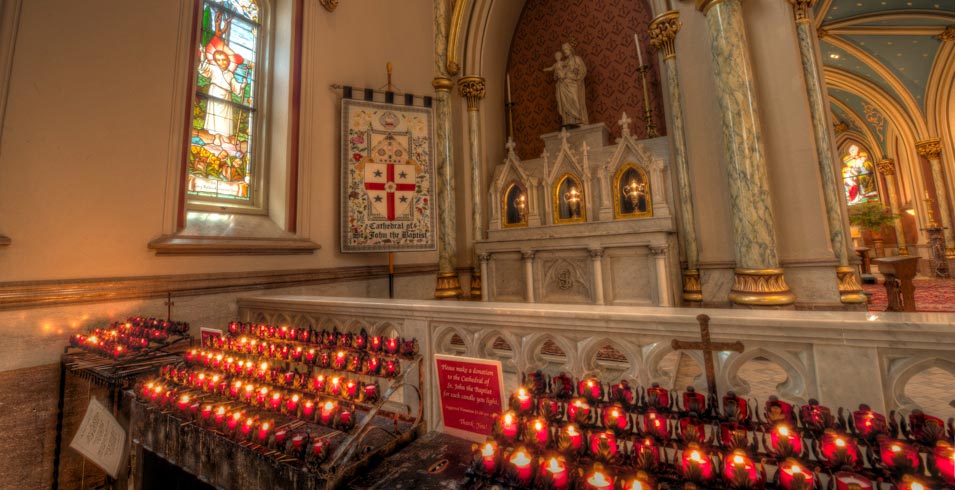 It is one of the most impressive cathedrals in the south and the Mother Church for the Roman Catholic Diocese in Savannah, Georgia.

The Cathedral of St. John the Baptist can be visited Monday through Saturday from 9 am-5 pm. It is, of course, closed for touring on Sunday while mass is being held.

As an active house of worship, the Cathedral is not available for touring during masses, holy days, weddings, funerals, and other religious events. A small donation of $3 per person is appreciated.

History of the Cathedral of St. John the Baptist

The Mayor of Savannah passed a resolution for the first congregation to use half of a trust lot on Liberty Square for their new church in May of 1799.

One year later, the first cornerstone was laid for Congrégation de Saint Jean-Baptiste. In 1811, the church chose a new plot for a larger structure to accommodate its ever-growing population.

Approximately one-third of the entire Catholic population in Georgia attended service at St. John’s upon its opening.

The Catholic Diocese of Savannah was established in July of 1850 with 5,500 congregants, and Pope Pius IX appointed Right Reverend Francis X Gartland as the first bishop of the new diocese.

In 1870 plans were made to construct a new Cathedral, a time when the diocese now only covered the state of Georgia and had 20,000 congregants and over 30 churches.

By 1873, a new church was dedicated to Our Lady of Perpetual Help, a name the Cathedral bore for a decade.

The new French Gothic Cathedral was dedicated on April 30, 1876. Designed by Baldwin & Price of Baltimore, the primary and side altars were hand-crafted Italian marble. The Cathedral was updated with spires, stucco, and whitewash twenty years later.

On February 6, 1898, a great fire broke out, and the entire Cathedral was nearly destroyed as hoards of people watched the walls crumble and the stained glass windows burst. Savannah has had several deadly and very destructive fires throughout her history.

This particular fire burned many of the buildings in Lafayette Square, and the Cathedral barely survived. However, when the ash settled, and the last tinge of heat was gone, the bishop’s residence, along with two spires and the outside brick walls of the Cathedral, remained.

Saint John the Baptist Cathedral was repaired, rebuilt, and re-dedicated by the fall of 1900.

New decor and murals were also added this time around. Christopher Murphy, a Savannah native, directed a firm of artists in the painting of the murals.

In 1904, the Innsbruck Glassmakers installed the new stained glass windows in the Austrian Tyrol.

It wasn’t until the spring of 1912 that the Cathedral was formally re-opened after the tragic fire.

More major renovations came between 1959 and 1963 with wider entrances, modern air conditioning, heating, electrical, a new pulpit and altar rail, and a color scheme reminiscent of the Cathedral before the devastating fire of 1898.

Then again, in the mid-1980s, a settling foundation required the crumbling timber foundations to be removed and replaced with concrete.

And yet again, in the late 1990s, an extensive restoration project required attention to 50 stained glass windows, slated roof repair, and interior restoration, including paint, murals, and Stations of the Cross.

In the late summer of 2011, an earthquake centered in Washington D.C. could be felt in Savannah. ∂Unfortunately, some structural damage to the Cathedral was sustained, and the repairs cost upwards of $1.5 million.

Photographing inside the Cathedral

Photographing the inside can be a little tricky. Being a top-rated tourist destination in Savannah, the Cathedral of St. John the Baptist can be very crowded.

It is hit or miss whether you will have to deal with crowds or not. If you get inside the Cathedral and all of Savannah’s tourists are elsewhere, take advantage!

Getting to the Cathedral

The Cathedral of St. John the Baptist is located at 222 East Harris Street, in the historic district of Savannah, Ga